Mark Fairhurst Architects were invited by South London Procurement Network along with reForm Architects to visit the £1.3bn redevelopment of the Shell Centre located behind the London Eye. We were introduced to Glyn Hibbert, the Community Liason Manager from the Canary Wharf Group, who gave us an introduction to the site including its use for the Festival of Britain in 1951 and subsequent redevelopment as the Shell Centre for Shell Oil’s UK headquarters. He talked about how progress on site was progressing, with the recent completion of the London Underground ticket hall, and the cladding work of One Southbank Place beginning on time. 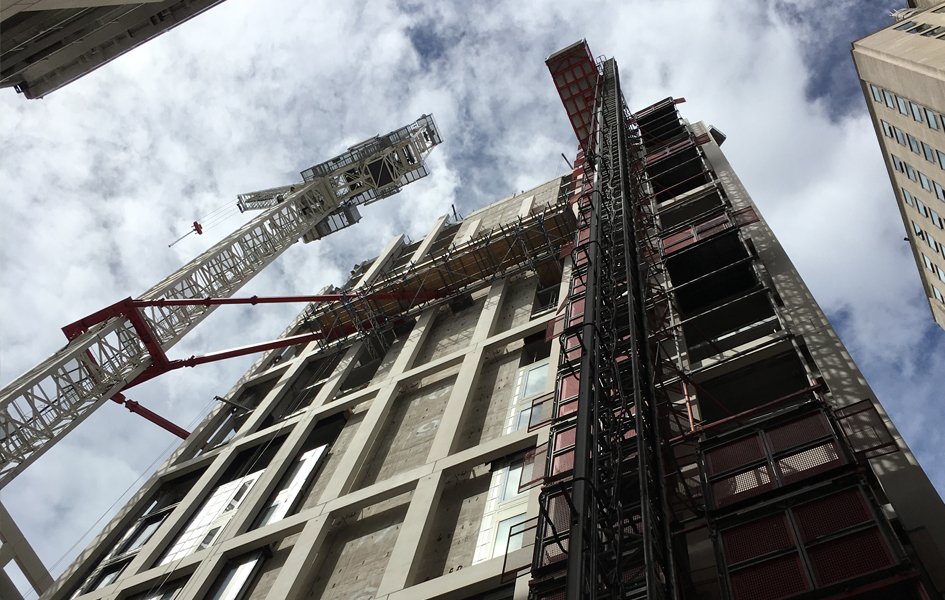 Mechanical and electrical work had started in the basement, the insitu concrete slabs and partitions  had been constructed to a high quality finish. Fire protection spay had been installed to One Southbank Place. Due to the complexities of the existing site, with two underground lines below and the main line viaduct to Charing Cross adjacent , the Basement area has taken about 2 years to construct and will allow for 250 car parking spaces, concierge services, and other services for the buildings above.

Up on the 22nd floor of One Southbank Place, the future apartments will have spectacular 360 degree views of London. A key selling point for the flats are that they will provide a unique perspective of the London Eye and the adjacent park below, thus purchase figures for each apartment should reach to around £30m and above.

The site in it’s entirety is3.5 hectares. Master planned by Squire & Partners, the original Shell tower facing the Thames is being retained and refurbished. The designs of the new individual buildings include designs by Allies and Morrison, KPF, GRID and Stanton Williams. 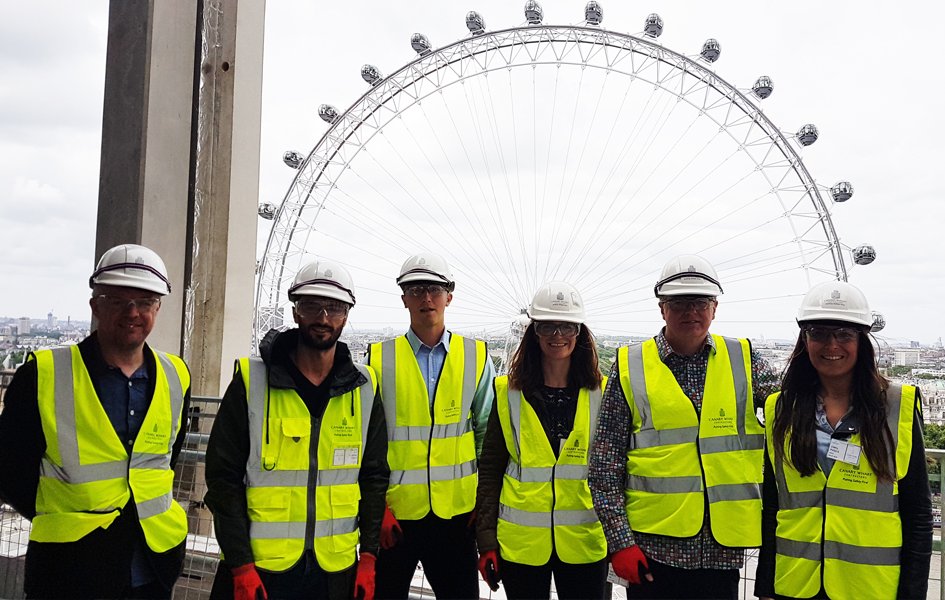